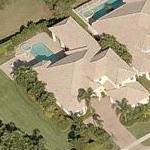 Morgan Stanley's underwriting business is in many ways the cream of its franchise - along with its mergers and acquisitions division. And Mr. Topper, who was involved in the public offering of Martha Stewart Living, has played a central role in many of these deals.
Links: www.nytimes.com
1,347 views