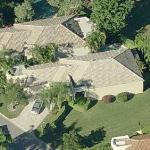 In 2007, it was revealed that he was having an extramarital affair with Rielle Hunter, a former campaign worker.

The home is owned by a trust whos mailing address is that of Edwards' law office and Hunter has been seen living in the home.
Links: en.wikipedia.org, en.wikipedia.org
970 views