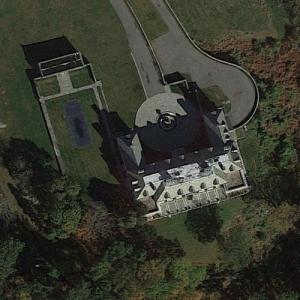 In 1995, Trump purchased the property, which was in need of major renovations. for $7.5M. Don Jr. and Eric reportedly spent summers at the property, living in one of the carriage houses, and riding ATVs, fishing, and helping with the renovations. Originally, Trump wanted to develop the property into a golf course, which was opposed by the governments of the three municipalities in which the property lies. He later proposted a plan on subdividing the property and buildding 15 $25M mansions. This plan was abandoned in 2015 when he placed the property in a conservation easement which gained him a $21.5M tax deduction.

Various investigations have come to show that Trump has repeatedly increased the stated value of the property when assessing his own net worth, but fighting to decrease the value to reduce his property taxes.
Links: en.wikipedia.org
1,132 views