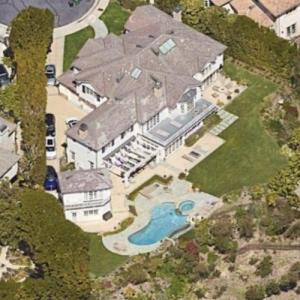 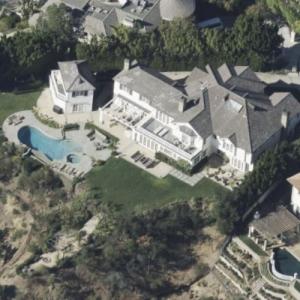 By BermudaBreeze @ 2012-01-23 11:44:15
@ 34.1107958, -118.47351062
Los Angeles, California (CA), US
Gordon Ramsey, the Scottish chef, television personality and restaurateur owns this property. Ramsey, while born in Johnstone, Scotland, was raised in Stratford-upon-Avon, England and is known as a foul mouthed celebrity chef. Ramsay is known for presenting TV programmes about competitive cookery and food, such as the British series Hell's Kitchen, The F Word, Ramsay's Best Restaurant, and Ramsay's Kitchen Nightmares, along with the American versions of Hell's Kitchen, Kitchen Nightmares, and MasterChef. His restaurants have been awarded 16 Michelin stars in total and currently hold a total of seven. His signature restaurant, Restaurant Gordon Ramsay in Chelsea, London, has held three Michelin stars since 2001. After rising to fame on the British television miniseries Boiling Point in 1998, Ramsay had become one of the best-known and most influential chefs in the UK by 2004.

As a reality television personality, Ramsay is known for his bluntness, as well as occasionally fiery temper, strict demeanour, and frequent use of expletives. He combines activities in the television, film, hospitality, and food industries and has promoted and hired various chefs who have apprenticed under his wing. Ramsay is known for presenting TV programmes about competitive cookery and food, such as the British series Hell's Kitchen, The F Word, and Ramsay's Kitchen Nightmares, the latter winning the BAFTA for Best Feature at the 2005 British Academy Television Awards, and the American versions of Hell's Kitchen, Kitchen Nightmares, MasterChef, MasterChef Junior, as well as Hotel Hell and 24 Hours to Hell and Back. In 2018, Forbes listed his earnings at $62 million for the previous 12 months, and ranked him the 33rd-highest-earning celebrity in the world

Gordon Ramsay has a net worth of $220 million. One recent estimate listed his salary at $225,000 per episode. He typically earns around $45 million per year from his media and restaurant empire. In mid-July 2019 Gordon sold a 50% stake in his North American holding company to Lion Capital. Lion plans to spend $100 million launching 100 Gordon Ramsay restaurants in the United States between 2020 and 2025.
Links: en.wikipedia.org
82,066 views