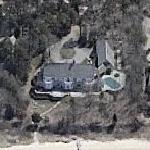 He began his banking career with Bank of Boston in 1963 as a management trainee. He was named Vice President in 1970, Senior Vice President in 1976 and Executive Vice President and head of the Bank's commercial lending function in 1980. In 1981, he was appointed Vice Chairman of the Board of Directors of the Bank and its parent company. Mr. Stepanian assumed the position of President in January 1983, was named Chief Executive Officer in March 1987 and was elected Chairman in March 1989. He retired in July 1995. During Mr. Stepanian's tenure as Chairman and Chief Executive Officer of the Bank of Boston, the bank held a portfolio of real estate loans and investments in excess of $1 billion.