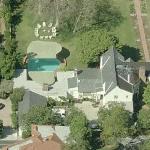 Taylor married heavyweight boxing champion, Jack Dempsey, in 1925. She was supposed to have co-starred in a movie with actor Rudolph Valentino which would have brought her more widespread fame but he died just before production was to begin.
Links: en.wikipedia.org
2,108 views