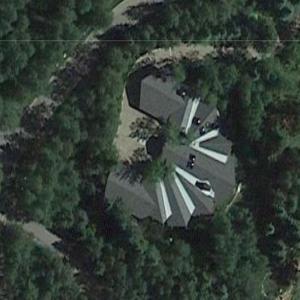 James Barksdale was born in Jackson, Mississippi. He received a B.A. in Business Administration from the University of Mississippi in 1965. While there, Barksdale became a member of the Eta Chapter of the Sigma Chi fraternity.

Before Netscape, Barksdale had worked as CEO of McCaw Cellular/AT&T Wireless and, before that, as Vice President and COO of FedEx.

After departing Netscape, he founded The Barksdale Group, an investment and advisory group created for the purpose of helping Internet service companies. He currently sits on the Board of Directors of Time Warner and Mississippi Today, and was formerly a member of the Sun Microsystems board and the FedEx board (until 2018).

Between March and July 2009, construction crews working for Barksdale's Spread Networks completed a nearly straight fiber-optic link between Chicago and New York City. By shaving 3 milliseconds off the previously fastest connection between these two trading centers, Barksdale, according to some industry insiders, can charge 8 to 10 times the going rate because any algorithmic trading algorithm not operating on his network is at a significant speed disadvantage. The line was built almost entirely with his personal funds and in secret lest a competitor attempt to build another line before he was able to finish it.

He and his late wife, Sally, gave a US$5.4 million endowment to the University of Mississippi to help form the McDonnell-Barksdale Honors College.

In January 2000, they gave US$100 million to the State of Mississippi to create The Barksdale Reading Institute, a joint venture with the Mississippi Department of Education and the state's public universities.

His wife, Sally Barksdale, died of cancer in 2003. He has three children and five grandchildren.

His brother, Rhesa H. Barksdale, is a federal judge on the U.S. Court of Appeals for the Fifth Circuit.

He lives in Jackson, MS. His net worth is estimated to be $700Million.
Links: en.wikipedia.org
511 views