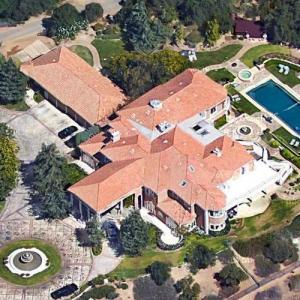 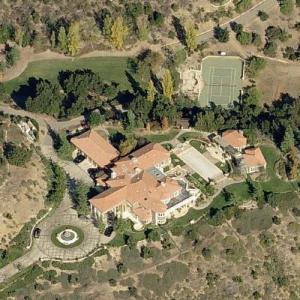 Jamie Foxx, born Eric Marlon Bishop on December 13, 1967 in Terrell, Texas, was adopted by his mother’s adoptive parents when he was a baby. Upon completing high school, Jamie received a scholarship to the United States International University where he studied music and composition. On a dare from a girlfriend, Jamie tried his hand at standup comedy. He had heard that girls got called up first, so he picked the name Jamie hoping he would get called to preform early in the show. The Foxx name came from the comedian Red Foxx. In 1991, Jamie joined the show “In Living Color”. Once that show wrapped, Jamie got his own show “The Jamie Foxx Show”. This show aired for 5 years. Jamie’s film debut was in 1992 in the movie “Toys”. Jamie Foxx has also released 5 studio albums. Jamie has won 19 major awards including an Academy Award for Best Actor, a BAFTA for Best Actor in a Leading Role and a Golden Globe for Best Actor in Musical/Comedy for the movie Ray in 2004. He also received a star on the Hollywood Walk of Fame in 2007. Jamie Foxx has two daughters, Corinne Bishop and Annalise. Corinne was selected as Ms. Golden Globe in 2016.

Jamie and his whole family (mother, step father, 2 sisters and a friend) live in this 17,000 square foot home an hour outside of LA. The 10 bedroom, 12 bathroom estate also boasts an Olympic sized pool with cabana studio. On the grounds are also a tennis court, a basketball court, playing fields and a guest house. There is also a sauna and balcony with mountain views. The $10.5 million house also has a custom made recording studio (where he has worked with artists such as Brandy, Drake and Swizz Beatz), library, formal living room, dining room, family and game rooms and a full gym. The house also has a gourmet kitchen, a master bedroom with sitting room, two fireplaces and atrium. The Mediterranean style home was also featured in the first season of the tv show The Bachelor.