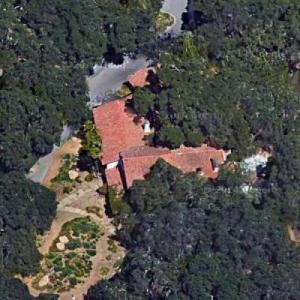 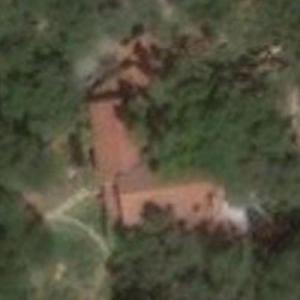 Selleck has appeared in more than fifty film and television roles since Magnum, P.I., including Three Men and a Baby, Quigley Down Under, Mr. Baseball, and Lassiter. Selleck appeared as Dr. Richard Burke on Friends, where he played the on-again, off-again love-interest of Monica Geller (Courteney Cox), and as A.J. Cooper on the TV series Las Vegas.

The actor lives on this 60-acre restored 1910 hunting lodge on his Ventura County, Calif., ranch. The property has a 1926 ranch house, a horse corral, a 20-acre working avocado farm, a private helipad (linked below and can be seen at the top left of the Yahoo! Maps thumbnail), swimming pool, tennis court, horse stables and plenty of fenced areas to ride.

Selleck works only every other week taping Blue Bloods in New York City and shoots his popular annual Jesse Stone TV films in less than a month on location in Halifax, N.S. "My first priority," Selleck says, "is time with my family."
The still-handsome 69-year-old ac tor and his second wife, British-born beauty Jillie Mack, 56, have been enjoy ing marital bliss since 1987 – because they made a pact to never fight. “We decided long ago that fighting was a waste of time,” a pal quotes Tom as saying.

Selleck says the secret to his marital success with dancer, JILLIE MACK, is to avoid fighting. “So we said that if we had a difference of opinion about something, we would sit down over a cup of tea or a meal and talk it through. “Jillie has a great sense of humor, so our talks often end with both of us laughing, and as they always say, laughter is the best medicine.”
Links: en.wikipedia.org
118,756 views