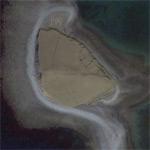 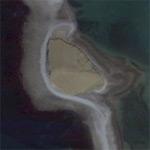 Bought in 1967 for just £1,700, the 19-acre Dorinish Island was intended to be the site of his holiday retreat, but after falling into disuse, became the permanent campground for a group of 25 hippies. After Lennon’s tragic death in 1980, the island was sold to a neighbour by Lennon’s widow Yoko Ono, with the £30,000 proceeds donated to an Irish children’s charity.
Links: www.privateislandsmag.com
1,104 views