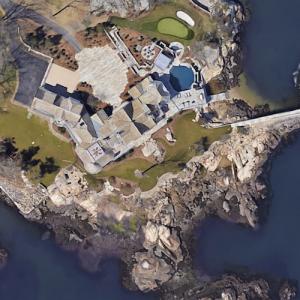 By MapGuru728 @ 2019-01-21 21:49:14
@ 41.0548517, -73.4546615
Darien, Connecticut (CT), US
Kenneth G. Tropin is the Chairman and the founder of GCM. Mr. Tropin founded GCM in 1994 and over the last twenty three years has grown the firm into an industry leading alternative investment manager focusing on global macro discretionary and quantitative hedge fund strategies. Mr. Tropin is currently the Chairman of the firm's Executive and Investment Committees and a member of the firm's Risk Committee. Additionally, Mr. Tropin is responsible for managing the strategic investment of the firm's proprietary capital. Prior to founding GCM, Mr. Tropin had significant experience in the alternative investment industry, including 5 years (1989 to 1993) as President and Chief Executive Officer of John W. Henry & Company, Inc. and 7 years (1982 to 1989) as Senior Vice President and Director of Managed Futures at Dean Witter Reynolds. Mr. Tropin has also served as Chairman of the Managed Funds Association and its predecessor organization, which he was instrumental in founding during the 1980s.
Links: www.bloomberg.com, www.businessinsider.com
1,455 views