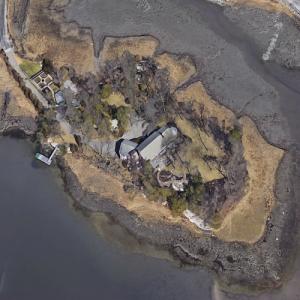 By MapGuru728 @ 2019-01-24 01:50:40
@ 41.0580734, -73.4585477
Darien, Connecticut (CT), US
He served as general counsel, vice-president, and president of The Sperry and Hutchinson Company from 1952 to 1966, and from 1966 until his retirement in 1980 as its chairman and chief executive officer. The Sperry and Hutchinson Company is best known for the S&H Green Stamps. During his time as president of The Sperry and Hutchinson Company, he also founded The Sperry Fund and established The Beinecke Scholarship Program for graduate studies in the arts, humanities and social sciences. After retiring in 1980, he founded Antaeus Enterprises, Inc. and the Central Park Conservancy. During his lifetime, he led and served on many boards including Hudson River Foundation for Science and Environmental Research, New York Botanical Gardens, and the American Museum of Natural History. He served from 1971-1982 as a fellow of the Yale Corporation, and during this time, he was part of the leadership that founded the Yale School of Management. He received the Yale Medal in 2000 and the Yale School of Management Distinguished Leadership Award in 2002. He is the principal benefactor of the Yale Golf Course. He attended the Pingry School, Phillips Academy Andover and Westminster School, and received his B.A. in 1936 from Yale University and his LL.B. from Columbia University Law School in 1940. He served in the United States Navy in 1941 in the Atlantic and Pacific theaters and was awarded the Bronze Star with Combat V. He was born in New York City on May 22, 1914 and died on April 8, 2018 at age 103.
Links: prospect-hill.org, news.yale.edu
435 views