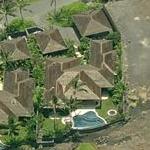 By Champion3 @ 2013-05-12 22:45:48
@ 19.81600316, -155.99267595
Kailua, Hawaii (HI), US
Lance Armstrong is a former professional road racing cyclist. Armstrong had won the Tour de France a record seven consecutive times between 1999 and 2005, before being disqualified from those races and banned from cycling for life for doping offenses by the United States Anti-Doping Agency (USADA) in 2012. He is the founder of the Livestrong Foundation, originally called the Lance Armstrong Foundation, which provides support for cancer patients. Armstrong began dating singer-songwriter Sheryl Crow in late 2003. The couple announced their engagement in September 2005 and their split in February 2006. In March 2007, Armstrong began dating designer Tory Burch. They announced their breakup in October 2007. He later dated actresses Ashley Olsen and Kate Hudson.
Links: en.wikipedia.org
2,164 views