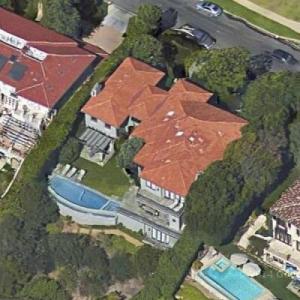 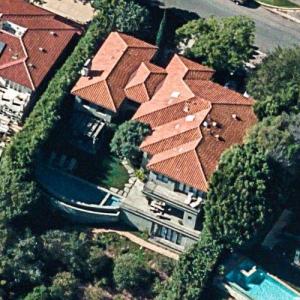 Bing Maps
By gordonhigh @ 2013-09-06 15:41:02
Larry David, the Emmy-winning actor, producer, and comedian lives here in this Pacific Palisades house overlooking the Riviera Country Club. He paid $10.35M for the property in 2008. David is an American comedian, writer, actor, director, and television producer, who, along with Jerry Seinfeld, created the television series Seinfeld, of which David was the head writer and executive producer for the first seven seasons. David gained further recognition for the HBO series Curb Your Enthusiasm, which he created and stars in as a semi-fictionalized version of himself. David has written or co-written every episode of Curb Your Enthusiasm since its pilot episode in 1999.

Larry David has a net worth of $400 million. Larry earned the vast majority of his net worth thanks to his association with the massively successful Seinfeld. From the outset of the show, Larry and Jerry each owned 7.5% of the show's backend equity points. At the peak of the show's success in the mid-1990s, the duo negotiated a deal with NBC that boosted their points to 15% a piece. Part of that boost also came from Larry and Jerry buying out an equity owner who was looking to cash-out. The show was first syndicated in 1998. That first deal generated $1.7 billion in revenue, giving Larry and Jerry each a $250 million windfall. In an average year, he makes $40-50 million between syndication, DVD sales, merchandise, and other platform royalties. In some years that number can be much higher. In 2015 Larry earned a total of $80 million after Hulu paid $180 million to acquire Seinfeld's streaming rights, giving both Larry and Jerry an extra $30 million. In the last two decades, Seinfeld has generated well over $4 billion in syndication revenue, roughly $17 million per episode. As of this writing, Jerry and Larry have both earned at least $800 million off Seinfeld between salary, DVD, merchandise and syndication deals. When Seinfeld sold to Netflix for $500 million in September 2019, both Larry and Jerry earned $75 million.
Links: en.wikipedia.org
43,191 views