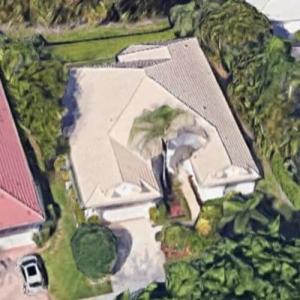 By jdubble07 @ 2019-10-10 11:37:27
@ 26.3372159, -80.1631205
Boca Raton, Florida (FL), US
Lev Parnas is one of the two Ukrainian-born business partners who were arrested on 10 OCT 19 on campaign finances charges for illegal donations to the Trump campaign, while attempting to flee the country. Parnas and his business partner Igor Fruman are charged with making illegal straw donations, including a $325,000 contribution to the group America First Action. The two men reportedly assisted Rudy Giuliani, the president’s personal attorney, in his efforts to dig up dirt on Trump’s political opponents in Ukraine. Among the objectives they sought was the removal of the U.S. ambassador to Ukraine, whom Giuliani believed was standing in the way of investigations he and Trump wanted to see launched into Joe and Hunter Biden’s work in the country.

Per Florida Department of Corporations, this was Parnas' most recent residence, after being evicted from his prior home, also in Boca Raton. Parnas splits his time between Brooklyn and Boca Raton.
Links: www.rawstory.com
299 views