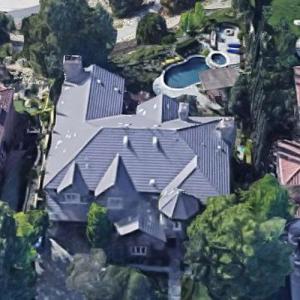 By jdubble07 @ 2023-01-16 08:58:52
@ 34.16543, -118.7079821
Calabasas, California (CA), US
Lisa Marie Presley was an American singer and songwriter. She was the only child of singer and actor Elvis Presley and actress Priscilla Presley, as well as the sole heir to her father's estate after her grandfather and her great-grandmother died. Presley developed a career in the music business and issued three albums: To Whom It May Concern in 2003, Now What in 2005, and Storm & Grace in 2012. Her first album reached gold certification with the Recording Industry Association of America. Presley also released non-album singles, including duets with her father using tracks he had released before he died.
Links: en.wikipedia.org
1,006 views