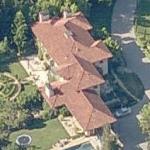 After working at Dolby Laboratories in San Francisco from 1982 to 1984, Gotcher founded Digidesign Inc. and served as its president, CEO, and chairman. Digidesign became the world’s leading manufacturer of Digital Audio Workstations during Gotcher’s tenure as CEO, and its ProTools products have become the industry standard for audio recording and music production. The company completed a successful initial public offering in December 1993 and was one of the 10 best performing NASDAQ stocks of 1994 (up 137 percent). Digidesign was acquired by Avid Technology Inc. in 1995, and Gotcher remained as the general manager of Digidesign and an executive vice president of Avid until May 1996. He served on the board of directors of Avid until 2002.

Gotcher became a technology-focused venture capitalist upon joining Institutional Venture Partners as a partner in 1997. In 1999 he was a founding venture partner with Redpoint Ventures of Menlo Park, California, a leading Silicon Valley technology venture capital firm. Since 2003, he has been an independent private equity investor. He has served on the board of directors of 15 public and private companies and currently serves as a director of Avnera Corporation, Dash Navigation, Dolby Laboratories, Line 6, Pandora Media, and Zing Systems.