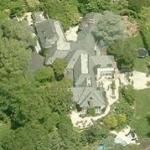 He serves as the Chairman of Ingres Corporation. Mr. Garnett has actively participated in the founding and building of several startup enterprise software companies including CrossWorlds, and Lightyear. Previously, he served as a Consultant in the Electronics practice at McKinsey and Company and held management positions at Tandem Computers. Many of the deals Mr. Garnett has worked on have either gone public or been acquired. He was an early stage personal investor in Siebel Systems and Checkpoint Software. During his tenure at Venrock, Mr. Garnett has led early stage financings and served on the Boards of New Era of Networks, Niku, WhoWhere?, CrossWorlds Software, Neoforma, and Netobjects. He serves as Chairman of the Board of Actian Corporation. During 2001, Forbes magazine recognized him for his venture capital contributions by placing him 22nd on their Midas list of dealmakers.

Mr. Garnett holds an M.B.A. from the Stanford University Graduate School of Business and a B.S. degree from the University of California in Berkeley.
Links: investing.businessweek.com
1,954 views