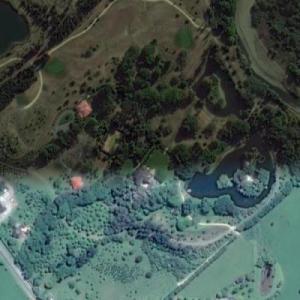 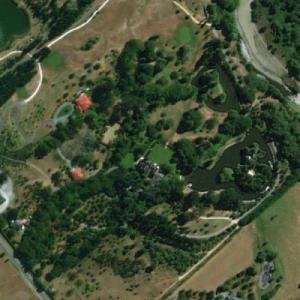 Prior to his breakout success with The Lord of the Rings, Jackson created a few films without much critical acclaim. It wasn’t until he won the opportunity to create the films that Jackson received his critical acclaim Academy Awards, and began to see a great deal of public attention. He would go on to remake King Kong, create The Lovely Bones, and Mortal Engines, but would not see the same level of success as with the Lord of The Rings. Even his trilogy The Hobbit would struggle to receive the same level of praise and attention. His films are known for their attention to detail and Jacksons general playfulness and macabre sense of humor.

Jackson is married to Fran Walsh a kiwi lyricist, film producer, and screenwriter. Walsh is an accomplished professional as well, having earned seven Oscar nominations herself. Together they have two children.

This massive complex is the playground of Jackson’s dream. Complete with underground tunnels, castle ruins, and a liveable hobbit hole hidden behind a secret door. Pull the right book in Sir Peter Jackson's house and the bookcase will open to recreation of Bag End - the home of Middle Earth hobbit, Bilbo Baggins. Jackson bought this two-story, 1930s mansion, just out of Masterton, and has done extensive renovations. The estate is far from finished as the director is reported to have plans to eventually house his collection of World War I warplanes on the site. Speculations on an airport and a railroad are also rumored/

The critically acclaimed director has secured a $500 Million dollar net worth. He earned his half a billion dollar fortune off the success of his Lord of the Rings franchise, which earned over 6 billion together.
Links: en.wikipedia.org
37,497 views