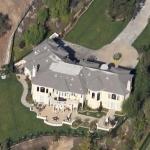 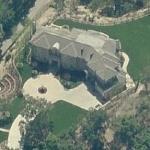 By jdubble07 @ 2010-07-16 10:48:04
@ 34.15412889, -117.96967506
Bradbury, California (CA), US
Infamous televangelist Peter Popoff and his wife Elizabeth paid $4.5 million for this Bradbury Estates home in 2007. Popoff, who calls himself a “prophet” and a “faith healer”, was a wildly popular preacher during the 1980s but was outed as a con artist in 1987 after an investigation chronicled on The Tonight Show with Johnny Carson. Popoff claimed he miraculously knew the ailments and address information of his audience members, but in reality it was his wife who was feeding him the info via a hidden earpiece.

On the intercepted radio transmissions, Liz Popoff and her assistants can be heard openly mocking the elderly and often critically ill people who would come to Popoff for help. Carson called the content of the recorded transmissions “extremely disturbing”. Soon after the scandal broke, Popoff went bankrupt and his ministry imploded. He has spent the last 25 years quietly rebuilding his following.

According to a recent investigation by ABC’s 20/20, Popoff’s newly revitalized scam business now hawks fake “Miracle Spring Water”. IRS documents reveal his ministry rakes in more than $20 million per year, which enables the Popoffs to live a lavish lifestyle. In addition to their Bradbury mansion, the couple also have property in Newport Beach, CA and drive several luxury vehicles, including a 2005 Porsche 911 worth $100K, a 2010 Mercedes-Benz E550 worth $70K, and a 2011 BMW X6 worth $70K. Liz Popoff also formerly drove a 2009 Bentley CFS worth $200K.

Unfortunately, unlike most of the surrounding homes, Chez Popoff does not appear to possess a pool or spa to fill with miracle spring water.

This house was previously owned by Paul and Chris Boghossian who are horse breeders and the owners of Triple B Farms.
Links: en.wikipedia.org
16,748 views