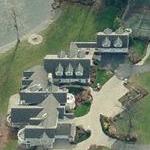 Dr. Richard Sands Ph.D. served as Chief Executive Officer of Constellation Brands Inc., a subsidiary of Robert Mondavi Corp. from October 1993 to July 26, 2007. Dr. Sands served as an Executive Vice President from 1982 to May 1986 and President from May 1986 to December 2002 and as Chief Operating Officer from May 1986 to October 1993 of Constellation Brands Inc. He has been an Executive Chairman of Constellation Brands Inc. since September 1999 and its Director since 1982. Dr. Sands graduated from the University of Vermont in 1974 and has a Master's in Social Psychology from the University of North Carolina. He also holds Ph.D. in Social Psychology from the University of North Carolina in 1979.

Richard Sands' house is situated on 4 acres of land bordering Canandaigua Lake, located in the Finger Lakes region of New York. This 7,718 square foot single family home has 6 bedrooms and 5 full bathrooms. The home was purchased on July 25, 2003 for $697,500. The current appraised value of the property is $3,818,857.
Links: www.forbes.com
6,631 views