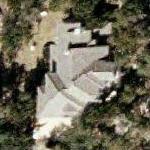 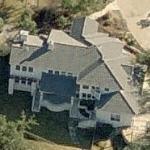 Duncan is 6-foot 11-inches, and plays power forward/center, previously attending Wake Forest University. As a member of the Demon Deacons, he won the Naismith College Player of the Year, USBWA College Player of the Year and John Wooden awards in his final year. Duncan graduated from college before the 1997 NBA draft, and was selected as the number one pick where he was initially teamed up with "The Admiral" David Robinson to create a unit nicknamed "the Twin Towers." They soon earned a reputation for their exceptional defense close to the basket. Duncan was voted Rookie of the Year in his first season, and established a calm, cool, and collected demeanor which was noticed around the league. After two titles as a team, David Robinson retired, and Duncan became the lone team leader. Duncan rose to the occasion, thriving in coach Greg Popovich's team-first system, and led the Spurs to NBA Championships in 2005, defeating the Detroit Pistons, 2007, defeating the Cleveland Cavaliers, and 2014, defeating the Miami Heat. After winning the 2014 title, Duncan became only the second player o to win an NBA championship in three different decades. The next season, Duncan scored his 25,000th point and became the 19th player in NBA history to reach the milestone.

Off the court, Duncan is also known for his quiet and unassuming ways, as well as his active philanthropic endeavors, including the Tim Duncan Foundation. He holds an honors degree in psychology.