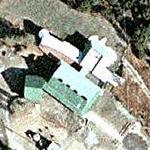 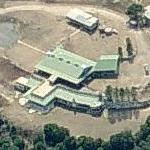 By tlp333 @ 2009-10-16 21:37:24
@ 30.388792, -98.062003
Spicewood, Texas (TX), US
Willie Nelson is an American country singer-songwriter, musician, guitarist, author, poet, actor, and activist. He reached his greatest fame during the outlaw country movement (a subgenre of country music that developed as a reaction to the conservative restrictions of the Nashville sound) of the 1970's, but remains iconic, especially in American popular culture. He has acted in over 30 films, co-authored several books, and has been involved in activism for the use of biofuels and the legalization of marijuana.

Born during the Great Depression, and raised by his grandparents, Willie Nelson was musically inclined at an early age, writing his first song at age seven, and joining his first band at ten. He toured locally with the Bohemian Polka in high school as their lead singer and guitar player. He soon found more success while in college (at Baylor University) where he worked as a disc jockey in Texas radio stations and a singer in honky tonks. He dropped out of college shortly after, and signed his first record contract in 1958.

According to Time Magazine, in 2015, Nelson announced plans to launch his own brand of marijuana for recreational users who demand “the best on the market." Called "Willie Weed," it will be launched in both Colorado and Washington, where recreational marijuana was legalized, and has created a booming industry around it and the dispensaries that have licenses to distribute. He plans to partner with growers in both states.

Nelson lives in this sprawling cypress log cabin on 800-acres when not on the road, or at his 2nd home in Hawaii. Another home he owns, but does not reside in, on his nearby golf course, and his Western movie town, Luck (TX), are both also featured on this site.