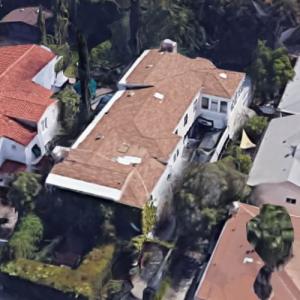 Haines was discovered by a talent scout and signed with Metro-Goldwyn-Mayer (MGM) in 1922 and was an actor until 1935 when he was forced out of the studio when he refused to deny his homosexuality, at a time when it was not accepted. It was at this time, he began a successful career as an interior designer, designing homes for close friends including Joan Crawford, Gloria Swanson, Carole Lombard, Marion Davies, George Cukor, Betsy Bloomingdale, Ronald and Nancy Reagan, and Jack L. Warner -- the latter of which was sold by David Gefen to Jeff Bezos in 2020 for $165M.
Links: en.wikipedia.org
121 views