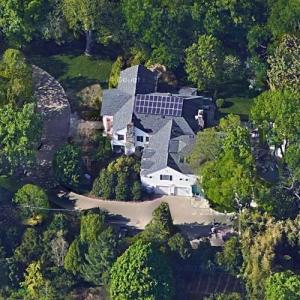 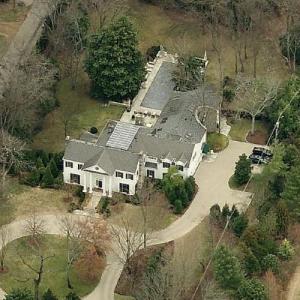 By tlp333 @ 2006-04-25 22:23:39
@ 36.11404134, -86.84699486
Nashville, Tennessee (TN), US
Al Gore, the former Vice President and Senator from Tennessee owns this property in the wealthy Belle Meade area. Gore is an American politician and environmentalist who served as the 45th Vice President of the United States. After his term as vice president, he won the Democratic nominee for the 2000 presidential election but lost the election in a very close race after a notorious Florida recount. After his term as vice-president ended in 2001, Gore remained prominent as an author and environmental activist, whose work in climate change activism earned him the Nobel Peace Prize in 2007. Though his message has been ignored largely, his mansion his massive.

This impressive 10,070-square-foot estate near Nashville, Tennessee, was in the news recently as it was reported as having more than 21 times more energy than the average U.S. household. The 20-room mansion in upscale Belle Meade used 230,889 kilowatt hours (kWh) of electricity during the past 12 months. Or roughly 21.4 times more than the 10,812 kWh a year used up by the typical American household. The report also claimed that the 33 solar panels installed on Mr. Gore’s home produced only 5.7 percent of the energy his home consumed in the past year.

Al Gore managed to earn a net worth of $300 Million. Where he made his money? Various investment deals and savvy business investments. His production company, Current TV was purchased by Al Jazeera for $500 million. As a result and thanks to his 20% stake in Current TV Gore netted around $100 million in pre-tax profits. Gore is also a board member of Apple Inc, and owns $35 million worth of Apple shares. He is also the chairman of Generation Investment Management which has $7 billion in assets. No wonder the climate change activist has multi million dollar accounts.
66,373 views