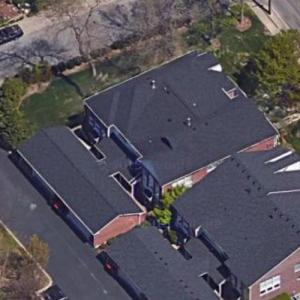 McConnell got a taste for politics in his youth, when he was an intern in Washington, DC and attended the March on Washington, where Martin Luther King Jr. gave his famous “I have a dream” speech. He served in various positions in Washington and Kentucky before being elected to the US Senate in 1984. He has since become the longest-serving senator from Kentucky, and the longest-serving leader of the Republican Senators in history. After years in party leadership and nearly a decade as the Minority Leader, he became the Senate Majority leader in 2015.

In 2016, as Majority Leader, he used Senate rules modified by former Majority Leader Harry Reid to oppose President Obama’s election year appointment to the Supreme Court. The nominee, Merrick Garland, was never given consideration by the Senate, as McConnell thought he could hold the seat vacant until Donald Trump was elected, ensuring the vacant seat would be filled by a Republican-nominated justice. His gamble paid off, and Neil Gorsuch was appointed to the seat in April 2017.

In September 2020, he is again in the news as the Senate prepares to consider the nomination of another justice to the Supreme Court in an election year.

McConnell, who has been a public servant for most of his career, is nonetheless a millionaire, with a current net worth estimated around $35 million. Much of his wealth is inherited from his wife’s family, and the couple were given a gift ranging between $5 million and $25 million in 2008. (These figures are unclear due to the vague nature of Senate disclosure rules.) McConnell’s wife, Elaine Chao, has served as the Secretary of Labor under President George W. Bush and is the current Secretary of Transportation under President Donald Trump.

McConnell maintains residences in both Washington, DC and Louisville. Their Louisville home is in the high-end Highlands neighborhood. The home has an estimated value around $750,000, has three bedrooms, two and a half baths, and about 2,700 square feet of living space.

The Washington, DC row house is in Northeast DC. The DC home is estimated to be worth $2 million, has about 3,000 square feet of living space, and is watched over by Secret Service, due to both McConnell and Chao’s positions in the US government.
Links: en.wikipedia.org
114,532 views

Anonymous
@ 2021-12-13 15:53:07
To bad Rand Paul And Mitch McConnell house wasn’t flatten in their community and killed. Money Mitch got from his wife’s family was Drug money

I was also wondering why we haven't heard from Moscow Mitch