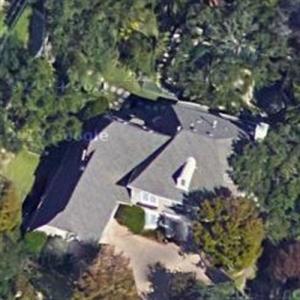 By jdubble07 @ 2016-10-11 12:57:08
@ 30.337567, -97.811154
Austin, Texas (TX), US
Alex Jones is a radio show host and right wing-conspiracy theorist. Currently the host of The Alex Jones Show, he also runs a website called Infowars.com, which hosts video clips and articles with questionable vetting and coincidentally also sells nutritional supplements, bullet proof vests, and emergency ration supplies. While some defend his work as performance art, he himself denies being inauthentic in his reports. Though, his most recent case had him citing psychosis as a reason for his erratic behavior and outlandish claims.

Jones is primarily a conspiracy theorist who was recently banned from iTunes, Spotify, Twitter, Facebook, and YouTube. He was found guilty in a defamation case, regarding his claims that the Sandy Hook shooting was a false flag operation, with paid crisis actors to sell the tragedy. His reports led to the families of Sandy Hook victims being harassed by his viewers, who by nature of Jone’s broadcast had come to believe the victims to be a part of the ‘globalist’ conspiracy. He has been ordered to pay sanctions. Since the case, he has seen a slew of media backlash, been largely barred from participation in social media networks, and been branded as incredulous although he continues to produce content with reliable consistency.

Despite the veritable media firestorm that has scorched his reputation, his net worth remains at $10 Million.

Alex has three children, and an ex-wife, Kelly Jones. She has sole custody of the kids as she feels he is not a stable person.

This is the hosts only current listed home.

Some of his most well known claims include:
- The US government was behind the Orlando Pulse nightclub shooting, the Sandy Hook shooting, The Boston Marathon bombing, the terrorist attacks in Brussles, the 9/11 terrorist attacks, and many others.

- The moon landing was faked.

- The US Government creates gay people as a eugenics program.

- The US Government has a "weather weapon" which creates hurricanes, tornadoes, and floods.

- Hillary and Bill Clinton have murdered hundreds of people since the 1980s.

-The elite would convene in secret to perform ritual sacrifice.

- Hurricane Katrina was an opportunity to test out the FEMA concentration camps.

- People including Hunter S. Thompson, Princess Diana, and Antonin Scalia were murdered because they knew too much about the New World Order.

-Inter dimensional psychic vampires are influencing the elite to build a machine that will end humanity.

- Artificial intelligence and genetic research are the tools of the New World Order being used to create a new species to enslave us.

Anonymous
@ 2021-06-05 14:56:58
This profile description is ridiculous. Honestly sounds like the author has never researched the cited articles and research for himself. Sure is easy to write someone with credibility off by labeling them a psychotic conspiracy theorist. He doesn’t make this stuff up, he typically references real reports and scientific articles. Followers knew of the Fauci lies and links to corruption last year. Mainstream media is only now catching on although the evidence has been in plain sight all along.

Anonymous
@ 2022-04-26 17:40:55
The hack claimed he had to sell his house and buy a trailer in the woods to fund his operation. If that's true as he begs for money all day every day then he doesn't know what he's doing and has no business trying to run a business.

Anonymous
@ 2022-05-09 11:54:23
Alex Jones is a trash conspiracy theorist who bases his BS on selective information and bad evidence. The way he presents stories are often in conflict with the actual articles he sites as sources. He cherry picks wierd phrases and headlines that are almost always meant to mislead the audience with confidence his fans just won't read past the headline and Jones' narrative and apparently his audience is so impressionable and ready to hate their neighbors that his strategy is fairly successful.

Anonymous
@ 2022-08-03 23:53:19
Alex Jones is a completely delusional sociopath & needs to be on antipsychotic medication He is a danger both to himself & others.