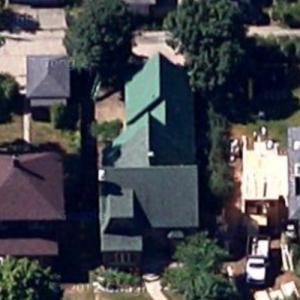 Amy Coney Barrett was born in New Orleans, Louisiana on January 28, 1972. She moved to Indiana to attend Notre Dame Law School, where she graduated in 1997. She was stated by one of her professors to be “the smartest and most talented person to ever come through the University of Notre Dame Law School”. She clerked for conservative justice Antonin Scalia, then went on to private practice, then became a professor, teaching at Notre Dame Law School from 2002 to 2017. At that time, she was nominated by President Trump to serve on the US Seventh Circuit Court of Appeals. When she was approved by the Senate on October 30, 2017, she became the first female to occupy an Indiana seat on the Circuit Court.

Barrett’s appointment to the Supreme Court comes with great controversy, as the timing of the effort to fill her seat has caused great division within the already-politically divided country. However, President Trump and Senate Republicans are committed to working toward her being approved by the Senate and sworn into her seat as quickly as possible. In spite of having been confirmed by the Senate just three years ago, her nomination process is sure to be contentious and controversial, and it will have implications for politics at the national level for years to come.

In addition to being a circuit court judge and nominee for the Supreme Court, Barrett is the mother of seven children, five by birth and two adopted from Haiti. She and her husband Jesse raise their seven children in South Bend, Indiana. She is a religious Catholic, and her faith has drawn criticism by some, but praise by others.
Links: en.wikipedia.org
12,025 views