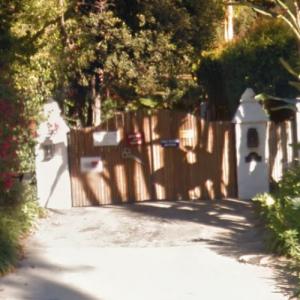 Fisher, best known for her role as Princess Leia in the Star Wars franchise, died 27 DEC 2016 following a massive heart attack on a flight from London to Los Angeles a few days prior.

Fisher's mother, actress, Debbie Reynolds, died the following day, 28 DEC 2016, of a suspected stroke, presumably brought on by the stress caused by her daughter's untimely passing.

Reynolds lived right next door to her daughter. BEV of both homes are also mapped on this site.
Links: en.wikipedia.org
8,069 views