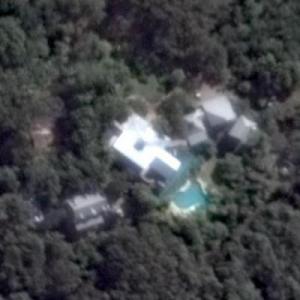 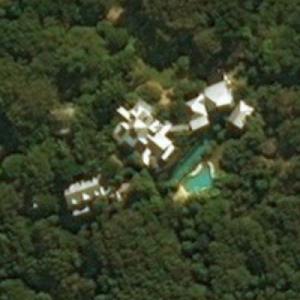 By BermudaBreeze @ 2014-09-25 23:42:41
@ -28.72799379, 153.606781
Byron Bay, Australia (AU)
Chris Hemsworth, the Asgardian himself, who starred in Thor owns this property overlooking Seven Mile Beach. Hemsworth now a major motion picture star was born and raised in Australia where he got his start acting on Australian TV. Now a household name for starring in the Marvel Cinematic Universe as Thor, he’s called this seaside property home with his wife since 2014

Hemsworth married his wife Elsa Pataky in 2010 and together they have three children, daughter India Rose, 7, and 2-year-old twin sons Tristan and Sasha. Together they live here with their adorable puppy Sunny. Though the couple were recently in the news when their beloved goldendoodle puppy was reported missing for this property, but fans remain hopeful it will be found.

Originally they purchased the property for $7 million in 2014, but have since conducted extensive renovations. The new project was estimated to cost the Hollywood star over $8 million to build, and the property is now thought be valued at over $20 million. The property now features a fully renovated gym complete with steam room, a spa, a media room, a games room, vast outdoor living, perfect for the actor who grew up in the outback, and plenty of places to play for the kids. as well. Complete with six bedrooms total. The cherry on top? A 50m rooftop infinity swimming pool with ocean views.

In July 2018, the star couple bought another chunk of prime Byron Bay real estate in order to give their extended families somewhere to stay, with rumors Hemsworth’s parents will eventually call the area home.