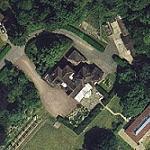 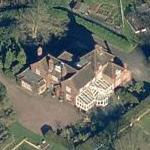 Cilla Black was a famous TV and singing star in the UK. Born Priscilla Maria Veronica White on May 27, 1943 in Liverpool, England, Cilla grew up and was championed to become a star by the Beatles. John Lennon was said to have persuaded the label hear her and the Beatles even played back up at her first label audition. After getting signed, Cilla went on to have 11 top ten hits between 196 3 and 1971. Although, she would first reach #1 after her death with the release of a compilation album. In 1968, Cilla’s tv variety show Cilla began on the BBC and ran eight seasons until 1976. The theme song to that show, Step Inside Love, was written for her by Paul McCartney and was a hit on the UK singles chart. As her singing career slowed down, Cilla was proving her multi-talented skills on TV. In the early 1980s, Cilla was signed to a television contract and proceeded to host three popular entertainment shows Blind Date, Surprise Surprise and The Moment of Truth making her the highest-paid performer on British television.

Cilla Black recently passed away at 72 at her home in Spain. Cilla lost her balance and after falling and hitting her head, suffered a stroke, which eventually lead to her passing. Cilla was married to her manager, Bobby Willis for 30 years and had three sons, Robert, Ben and Jack.

Cilla’s UK home was purchased in 1970 and was the family home. The 5M pound home features 10 bedrooms and 5 bathrooms. The 17 acre estate also boasts an indoor swimming pool, tennis court and putting green. Cilla also has a penthouse in London, a holiday home in Barbados and a Spanish villa in Marbella.