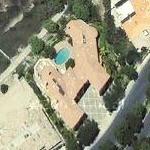 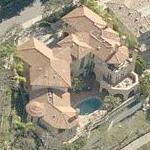 Vanna White has a net worth of $70 million dollars, and made an average yearly salary of $10 million. Making her slightly richer than her Wheel co-host Pat Sajak. Vanna's first foray into game shows was when she appeared as a contestant on the June 18, 1980 episode of The Price Is Right. Two years later, in October 1982, White was hired as one of three substitute hostesses of Wheel of Fortune after hostess Susan Stafford left the show. White became the show's regular hostess on December 13, 1982 and has remained as the show's primary hostess ever since. White continues to co-host the evening version of the show along with Pat Sajak. As of May 2018, Vanna has appeared on more than 6600 episodes of Wheel of Fortune.

Every year she makes $10 million for wheel of fortune For comparison, Pat Sajak's salary is $15 million. Wheel of Fortune tapes four days per month, six shows per day. They tape two Thursdays and two Fridays. On taping days, they both arrive around 8:30am and start shooting at noon. One audience watches three shows, then there is a break for lunch. A second audience comes in to watch three more tapings. Therefore because Pat and Vanna tape four days per month. That's 48 days per year of work to earn $15 and $10 million per year, respectively. That means Vanna earns $208,333 per work day. Pat earns $312,500 per work day. Breaking it down per show, Pat Sajak earns $52,083 per show and Vanna White earns $34,722 per show. Talk about a Wheel of Fortune.
Links: en.wikipedia.org
39,196 views