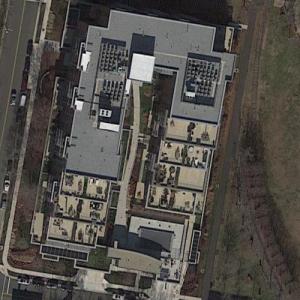 By jdubble07 @ 2017-03-22 15:47:58
@ 38.810676, -77.040608
Alexandria, Virginia (VA), US
Paul Manafort, the lobbyist and political consultant and campaign manager for Donald Trump owns a 2,779 sqft condo unit here, at the Oronoco condo overlooking the Potomac River, which he bought for $2.75M in 2015. Manafort is a former lobbyist, political consultant, former attorney, and convicted felon who is serving a prison sentence for federal financial crimes. A long-time Republican Party campaign consultant, he chaired the Trump Presidential campaign team from June to August 2016. He was convicted of tax and bank fraud in 2018 and forfeited his license to practice law in January 2019.

On October 27, 2017, Manafort and his business associate Rick Gates were indicted in the U.S. District Court for the District of Columbia on multiple charges arising from his consulting work for the pro-Russian government of Viktor Yanukovych in Ukraine before Yanukovych's overthrow in 2014. The indictment came at the request of Robert Mueller's Special Counsel investigation. In June 2018, additional charges were filed against Manafort for obstruction of justice and witness tampering that are alleged to have occurred while he was under house arrest, and he was ordered to jail.

Manafort was prosecuted in two federal courts. In August 2018, he stood trial in the Eastern District of Virginia and was convicted on eight charges of tax and bank fraud. Manafort was next prosecuted on ten other charges, but this effort ended in a mistrial with Manafort later admitting his guilt.In the DC District Court, Manafort plead guilty to two charges of conspiracy to defraud the United States and witness tampering, while agreeing to cooperate with prosecutors. On November 26, 2018, Robert Mueller reported that Manafort violated his plea deal by repeatedly lying to investigators. On March 7, 2019, Judge T. S. Ellis sentenced Manafort to 47 months in prison. On March 13, 2019, Judge Amy Berman Jackson sentenced Manafort to an additional 43 months in prison. Minutes after his sentencing, New York state prosecutors charged Manafort with sixteen state felonies. But on December 18, 2019, the state charges against him were dismissed.

Paul Manafort has a net worth of $1 million. At his peak, his net worth topped $70 million according to Federal prosecutors but would eventually forfeit more than $22 million in assets to the Federal government.
Links: en.wikipedia.org
10,694 views