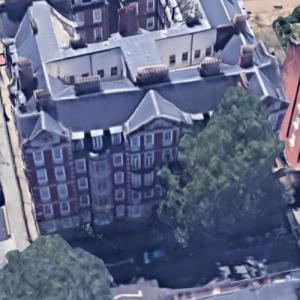 By jdubble07 @ 2020-11-16 14:07:29
@ 51.4898395, -0.1879597
London, United Kingdom (GB)
When she turned 18, Lady Diana Spencer's parents purchased her a flat in this Knightsbridge block, called Colherne Court. She lived in the flat with her two friends, Carolyn Pride and Virginia Pitman, who paid her a reported £18 per week for their rooms. Diana lived in the flat for 2 years before becoming engaged to Prince Charles, upon which she briefly moved into Clarence House with the Queen Mother, and later into Buckingham Palace until her wedding, later moving into Kensington Palace and Highgrove House.
Links: en.wikipedia.org
452 views