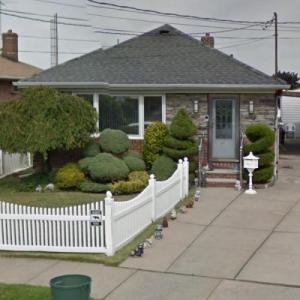 Ronnie Mund’s net worth is $500,000. He is best known for his regular appearances on “The Howard Stern Show” where he is commonly referred to as Ronnie the Limo Driver. Mund began as Stern’s limousine driver in 1986 and started appearing on his show soon after.

Mund was a staff sergeant in the Air Force prior to driving limousines but it was the impression he made on Stern that built his career. In addition to being a memorable character, Mund reportedly hand-delivered a crayon-written Thank-You note to Stern after chauffeuring him for the first time. Stern went on to hire Mund as his personal driver and security guard and eventually head of security for the Stern studio and offices at Sirius Radio. Mund, who is known for frequenting strip clubs, is an official spokesperson for “Rick’s Cabaret”.

Mund was previously married to Bonnie Mund, and has a son named Brian. He has been in a relationship with Stephanie Carney since 2007. With Stern’s help, Mund proposed to Carney during an on-air phone conversation in 2016, though they have not married.
Links: virtualglobetrotting.com, en.wikipedia.org, www.celebritynetworth.com, nypost.com, www.realtor.com, en.wikipedia.org
42,241 views