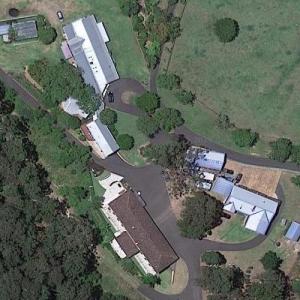 Born in New Zealand and of proud New Zealand citizenry, Crowe has reportedly lived most of his life in Australia. He came to international attention for his role in the historical film Gladiator, for which Crowe won an Academy Award, a Broadcast Film Critics Association Award, an Empire Award and a London Film Critics Circle Award for best actor, along with ten other nominations in the same category. Crowe's films include Romper Stomper, L.A. Confidential, Master and Commander: The Far Side of the World, Cinderella Man, 3:10 to Yuma, American Gangster, State of Play (2009), Robin Hood, Les Misérables, Man of Steel, Noah and The Nice Guys (2016). In 2015, Crowe made his directorial debut with The Water Diviner, in which he also starred. Crowe's work has earned him several accolades during his career, including a star on the Hollywood Walk of Fame, one Golden Globe Award for Best Actor, one BAFTA and one Academy Award out of three consecutive nominations.

This home was hit by the recent Australian Wildfires. The actor and his family were reported safe, however the extent of damage to his sprawling property remained unclear. Area residents were concerned that Crowes property was receiving preferential treatment, however firefighters on the scene said the attended to whatever area needed the attention most. Crowe denies any knowledge of preferred treatment as well.

Crowe has earned a net worth of $95 Million, quite the tidy nest egg. Enough for Crowe to become co-owner of the National Rugby League team South Sydney Rabbitohs in 2006. Still acting now, Crowe is attempting to rebuild his career after a series of missteps.
Links: en.wikipedia.org
33,940 views