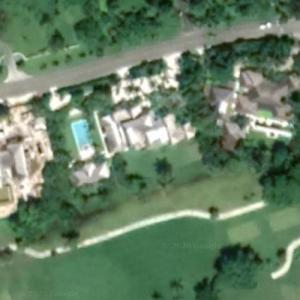 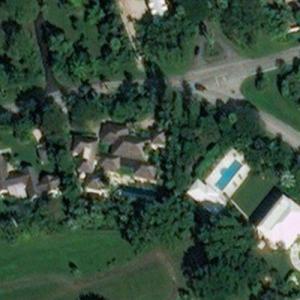 By BermudaBreeze @ 2013-02-16 05:11:26
@ 25.028046, -77.530812
Nassau, Bahamas (BS)
The man himself, Sean Connery, best known for portraying the character James Bond owns this property in the private gated community of Lyford Cay. The Scottish actor is widely known for his distinct accent, man’s man persona, and graceful aging. Here he lives with his wife enjoying their own Bond lifestyle in the sunny Carribean.

Although a proud Scotsman Sir Sean Connery has taken up residence in sunnier (and more tax-friendly) places, most notably in the Bahamas. Connery lives in the plush Lyford Cay neighbourhood on New Providence Island, surrounded on three sides by Clifton Bay and the Atlantic Ocean.

The area was recently struck by a hurricane, though Connery weathered the storm in his full-time residence on the island of New Providence with his wife, the painter Micheline Roquebrune. The storm miraculously missed the island where the couple lives, but trees were knocked down. There were also torrential rains and heavy winds recorded. The category 5 Dorian slammed into the island chain Sunday, the strongest hurricane to make landfall in the Atlantic basin since 1935. Though thankfully his home is about 90 miles from Great Abaco, and the worst-hit areas.

The actor has made a name for himself though, some reports show that he could have made quite the tidy sum if he had not passed up on one key role. When he turned down the role of Gandalf in the Lord of the Rings, he turned down a deal that included 15% of the box office takings. And given the success of the franchise he would have earned about $400m, making him one of the richest actors in the world, not even considering the merchandising! Though with $120 Million net worth to his name, he’s done quite well for himself without it. It’s doubtful the actor has time to regret when sunning in the Bahamas.
Links: en.wikipedia.org
175,706 views