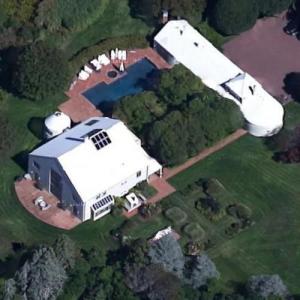 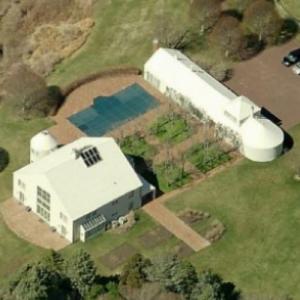 By tlp333 @ 2006-04-25 13:50:34
@ 40.938189, -72.217952
East Hampton, New York (NY), US
A beautiful compound is owned by world renowned director and filmmaker Steven Spielberg. His Hampton home is located on Georgica Pond and is one of the East coast residences of the film director, screenwriter and producer. Considered to be one of the founding pioneers of the New Hollywood era and one of the most popular directors and producers in film history, Spielberg has had a long and successful career.

Credited for directing such classic films such as Jaws, Jurassic Park, E.T. and Indiana Jones, Speilberg is known for his emotionally driven stories and gripping action adventures. Perhaps the best known director of our generation, Steven has become a household name over the course of his sixty year career. His work is critically acclaimed and many of his films have earned Academy Awards and Golden Globes, even earning best picture awards three times.

Previously married to actress Amy Irving in 1985, the couple had one child, but divorced in 1989. Their divorce was recorded as being one of the most costly celebrity divorces, likely due to Spielberg's wild success and hugely profitable franchises. In 1991 Speilberg married again to another actress, Kate Capshaw, and together they had seven children. They are still married and split their time between their four properties, in New York, Naples, Los Angeles, and this Hampton home.

Steven Spielberg’s house in New York is situated by Georgica Pond in East Hampton, perched atop 6 acres of beautiful land overlooking the water. A gorgeous and desirable property in the exclusive Hamptons the Spielberg residence, known as Quelle Barn, is complete with a luxury guest house, which was designed by architect Charles Gwathmey. The estate also features a pool and plenty of space for family and friends to enjoy the summer away from the bustle of the city.

One of the most wealthy directors of all time, Speilberg has a net worth of 3.7 Billion. Estimates show his yearly salary to near $150 Million. No surprise when considering that Jurassic Park grossed over a trillion dollars worldwide.
Links: www.thehollywoodgossip.com, realestalker.blogspot.com
38,655 views