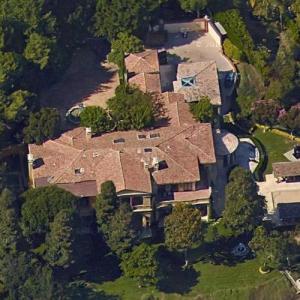 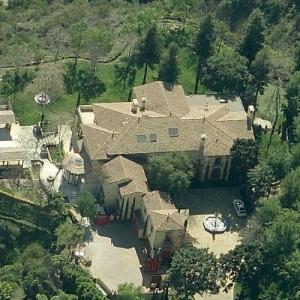 Stallone gained worldwide fame with his starring role in the smash hit Rocky (1976), which he wrote after seeing the Muhammad Ali–Chuck Wepner fight. In the movie, he plays Rocky Balboa, an uneducated but kind-hearted working class Italian-American boxer working as a debt collector for a loan shark in the slums of Philadelphia. Rocky starts out as a small-time club fighter who later gets a shot at the world heavyweight championship held by Apollo Creed, played by Carl Weathers. It was a rags to riches American Dream story that captivated audiences while spawning five sequels and a video game. Stallone's use of the front entrance to the Philadelphia Museum of Art in the Rocky series led the area to be nicknamed the Rocky Steps.

Stallone launched another major franchise success, starring as a troubled and misunderstood Vietnam veteran John Rambo, a former Green Beret, in the action-war film First Blood (1982). The first installment of Rambo was both a critical and box office success. Critics praised Stallone's performance, saying he made Rambo seem human, as opposed to the way he is portrayed in the book of the same name.

After Rambo, Sylvester Stallone was well known as a Hollywood action star. In 1993, he made the hit Cliffhanger, grossing $84 million in the US, but even more worldwide, grossing $171 million. Later that year, he starred with Wesley Snipes in the futuristic action film Demolition Man, then 1994's The Specialist. In 1995, he played the futuristic character Judge Dredd (from the British comic book 2000 AD) in the eponymous film Judge Dredd.