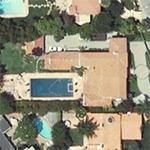 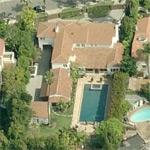 He major star at MGM, he was paired with Myrna Loy in fourteen films, including the popular Thin Man series in which Powell and Loy played Nick and Nora Charles. He was nominated for the Academy Award for Best Actor three times, for The Thin Man (1934), My Man Godfrey (1936) and Life with Father (1947).
Links: en.wikipedia.org
3,641 views