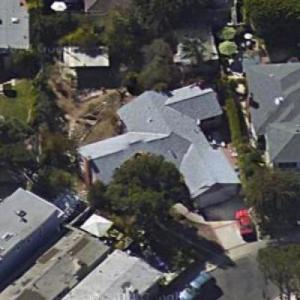 The photo above shows the previous structure on the lot before it was razed and replaced with the new mansion. Photos of the house can be found by clicking the link below.

Deschanel's old Hollywood Hills house, which she bought from Mark Ruffalo in 2009 and still owns as of April 2015, is also featured on this site.
Links: variety.com, en.wikipedia.org
2,363 views