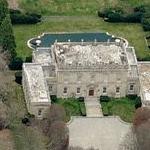 Following the first murder trial of Klaus, he was sentenced to 30 years in prison. Klaus appealed, being represented by famed attorney Alan Dershowitz. His appeal was successful with the sentence being reversed, and following a second trial, Klaus was found to be not guilty of any charges.

Sunny remained in a coma for 28 years before passing away in December 2008.
Links: en.wikipedia.org, realestalker.blogspot.com
13,438 views