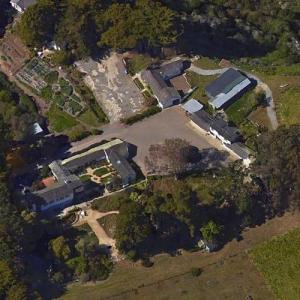 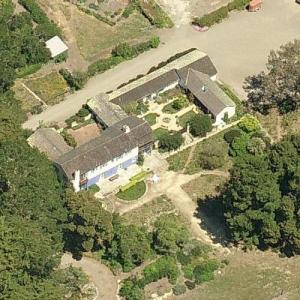 By tlp333 @ 2008-07-26 00:33:39
@ 36.52529387, -121.91009575
Carmel, California (CA), US
The actor, director and former Mayor (of Carmel-by-the-Sea), lives here part-time. Known for his iconic portrayal of stone cold killers, commonly featured in westerns, Eastwood has starred in some of the most iconic films of his era. A Fistfull of Dollars, Man with No Name, and The Good the Bad and the Ugly, all were starred in by Eastwood. He also played the Harry Calihan, in Dirty Harry, another great genre defining film. His homes in the Los Angeles (CA) area and Idaho are both featured on this site.

Clint Eastwood is sixty-three now, with more than thirty movies behind him. Eastwood was known in his day for his tumultuous personal relationships. He proposed to and married Maggie Johnson in 1953, but he had an affair that allegedly resulted in a child. He would go on to have affairs while married to Johnson, including a 14-year-long relationship with actress and stunt woman Roxanne Tunis that resulted in a daughter, Kimber, in 1964. Johnson reportedly ‘tolerated’ the open marriage with Eastwood, and they had two children. Johnson and Eastwood ultimately divorced. In 1975, actress Sondra Locke began living with Eastwood. She was devastated to hear that Eastwood continued to have sexual relationships with other women. During that time, Eastwood had two children with Jacelyn Reeves, a flight attendant. In the 1990s, Clint had a relationship with actress Frances Fisher and another daughter. Eastwood was married for the second time to news anchor Dina Ruiz in 1996, who gave birth to their daughter that same year. Ruiz and Eastwood's marriage lasted until 2013. He has been seen with other women since then.

The farmhouse, which has six guest rooms, was built in the 1850s by one of the first pioneer families of the Monterey peninsula; the house was raised and converted into a two-story residence in 1895. Set above a stretch of lush wetlands where the Carmel River flows into the Pacific at Point Lobos, the Mission Ranch property, with its great views of the sea it is one of the most scenic spots on the scenic northern California coast.Eastwood would eventually become mayor of the town, in order to protect the resident’s from a city council that had ignored their needs.

The actor and director has enjoyed a wildly successful career, since earning a net worth of $375 Million.
Links: en.wikipedia.org
106,382 views