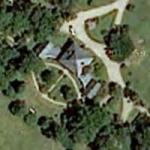 By forthefallendrms @ 2011-10-06 08:40:05
@ 36.050897, -76.601875
Edenton, North Carolina (NC), US
Hayes Plantation, also known as Hayes Farm, is a historic plantation near Edenton, North Carolina that belonged to Samuel Johnston (1733–1816), who served as Governor of North Carolina from 1787 to 1789. Johnston become one of the state's first two United States Senators, serving from 1789 until 1793, and served later as a judge until retiring in 1803. Samuel Johnston died in 1816 at "the Hermitage," his home near Williamston in Martin County, N.C. The residence currently known as Hayes was completed by his son, James C. Johnston, a year after Samuel's death. There are numerous other structures on the property, some predating the Hayes house itself, including the Hayes Gatehouse, which James Johnston lived in prior to the construction of the Hayes house. James C. Johnston died a bachelor and left Hayes to his "friend and advisor" Edward Wood of Greenfield Plantation. Mr. Wood and his family moved to Hayes and members of the Wood family live there today. It is a working farm with numerous crops, including cotton, tobacco, peanuts and various grains. The modern day Wood family has hosted many functions and gatherings at the home including the North Carolina Supreme Court and the North Carolina House of Representatives, among many others.
Links: en.wikipedia.org
2,513 views