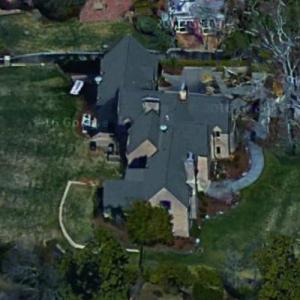 By jdubble07 @ 2017-02-16 13:04:32
@ 36.122286, -95.967151
Tulsa, Oklahoma (OK), US
Scott Pruitt a lawyer and Republican politician from the state of Oklahoma owns this home. He is Donald Trump's nominee for Administrator of the Environmental Protection Agency and is a climate change denier. He served as the fourteenth Administrator of the Environmental Protection Agency (EPA) from February 17, 2017, to July 6, 2018. He was nominated for the EPA position by President Donald Trump and was confirmed by the United States Senate to lead the EPA in a 52–46 vote. Despite being the EPA head, Pruitt rejects the scientific consensus that human-caused carbon dioxide emissions are a primary contributor to climate change.

By July 2018, Pruitt was under at least 14 separate federal investigations by the Government Accountability Office, the EPA inspector general, the White House Office of Management and Budget, the U.S. Office of Special Counsel, and two House committees over a long list of offenses, such as his spending habits, conflicts of interest, extreme secrecy, and management practices. Pruitt is alleged to have made frequent use of first-class travel as well as frequent charter and military flights. Pruitt has drawn great concerns for his questionable ethics as demonstrated by his circumvention of the White House and adding a narrow provision of the Safe Drinking Water Act to autonomously give raises to his two closest aides of approximately $28,000 and $57,000 each. These were comparatively both substantially higher than salaries paid to those in similar positions within the Obama administration. By June 2018, amid a steady succession of revelations of misconduct, conservatives had begun to suggest that Pruitt should resign. Finally, on July 5, 2018, Pruitt announced his resignation from office on July 6. Andrew R. Wheeler then became the acting head of the agency.

Scott Pruit’s Net Worth was unlisted, but is estimated to be quite low. In a recent listing by Forbes, Pruitt had allegedly less than $1, and was reported to be among those with investment assets too low to be included in the listing.
Links: en.wikipedia.org
4,746 views