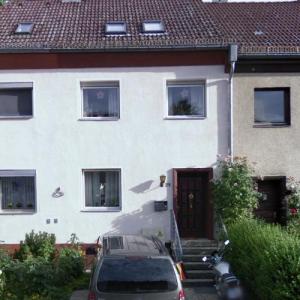 He lived here from 1934 to 1938 when he was working in the Jewish Department of the SS security apparatus. Later he was sent to Vienna, Prague and Budapest to organize the emigration, deportation and extermination of the Jewish population.